Kitchen and Bathroom Remodels have Great Return on Investment 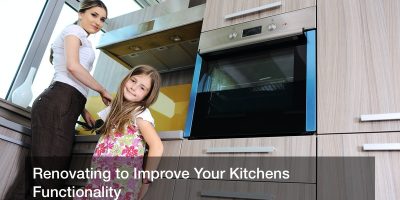 Renovating to Improve Your Kitchens Functionality

According to surveys taken by the National Association of Home Builders, bathroom and kitchen remodels are the first and second most requested jobs in the United States. Additionally, both kitchen and bathroom remodel and updates have the potential for over 80% return on investment (ROI) upon completion. Therefore, when considering interior remodeling projects, the kitchen and bathroom are important, especially if your home will be going in the market in the near future.

Valuable Details About the Bathroom Remodel

There are many things to consider when investing in the remodel of your bathroom and what it may be able to do for your home. Some things are proven in the past include:

Knowing all of this, it is quite important for all homeowners considering putting the house up for sale to take a look at the bathroom from the eye of the potential buyer.

Don’t Forget the Kitchen When Remodeling

It is important to remember that the kitchen is also an important room to take care of when renovating your home. It can add great value and appeal in many ways:

Given these factors, the benefit of the kitchen renovation is easily seen as well. While this is a room that is more often seen by family, friends and other guests, it increases visual appeal even more so along with the financial value of your home.

One final thing to draw from these two rooms, the kitchen and bathroom remodel, is that there is not necessarily a need for an entire interior design update for improvements to be made. There are two key rooms that can be upgraded in order to add some value and appearance without an enormous expense.

Renovating to Improve Your Kitchens Functionality